Today in Year 1, we launched our space topic - 'Do Aliens Live on the Moon?'. As the children came into the classroom, they realised we had had some alien visitors over half term who had crash landed in the classroom and left lots of clues for us to discover. There was even some CCTV footage of the aliens in the playground and classroom! The children spent the morning developing their questioning skills, investigating clues and plotting them onto a map.

In the afternoon, we were visited by a planetarium in the studio where the children were immersed in a 360 degrees experience of space. We went on a journey from earth up to the stars where we learnt about the constellations and the size and order of the planets. We then went to the moon and watched real footage of the moon landing. Year 1 were full of questions about space and finishing the day in such a magical, exciting way was a perfect way to kick start our new topic. 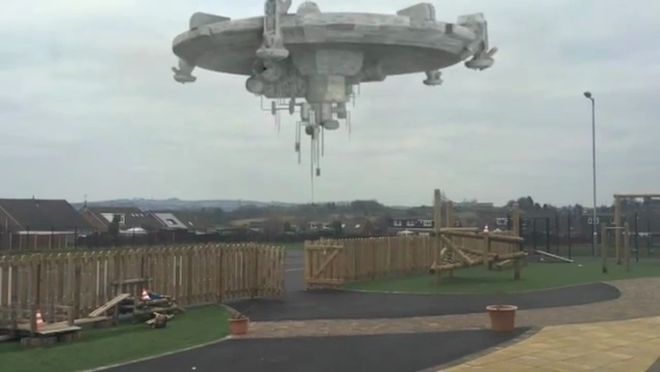